The Epic Flight Of Lawnchair Larry

In 1982 a California man strapped weather balloons to a lawn chair and ended up 16,000 feet in the air. 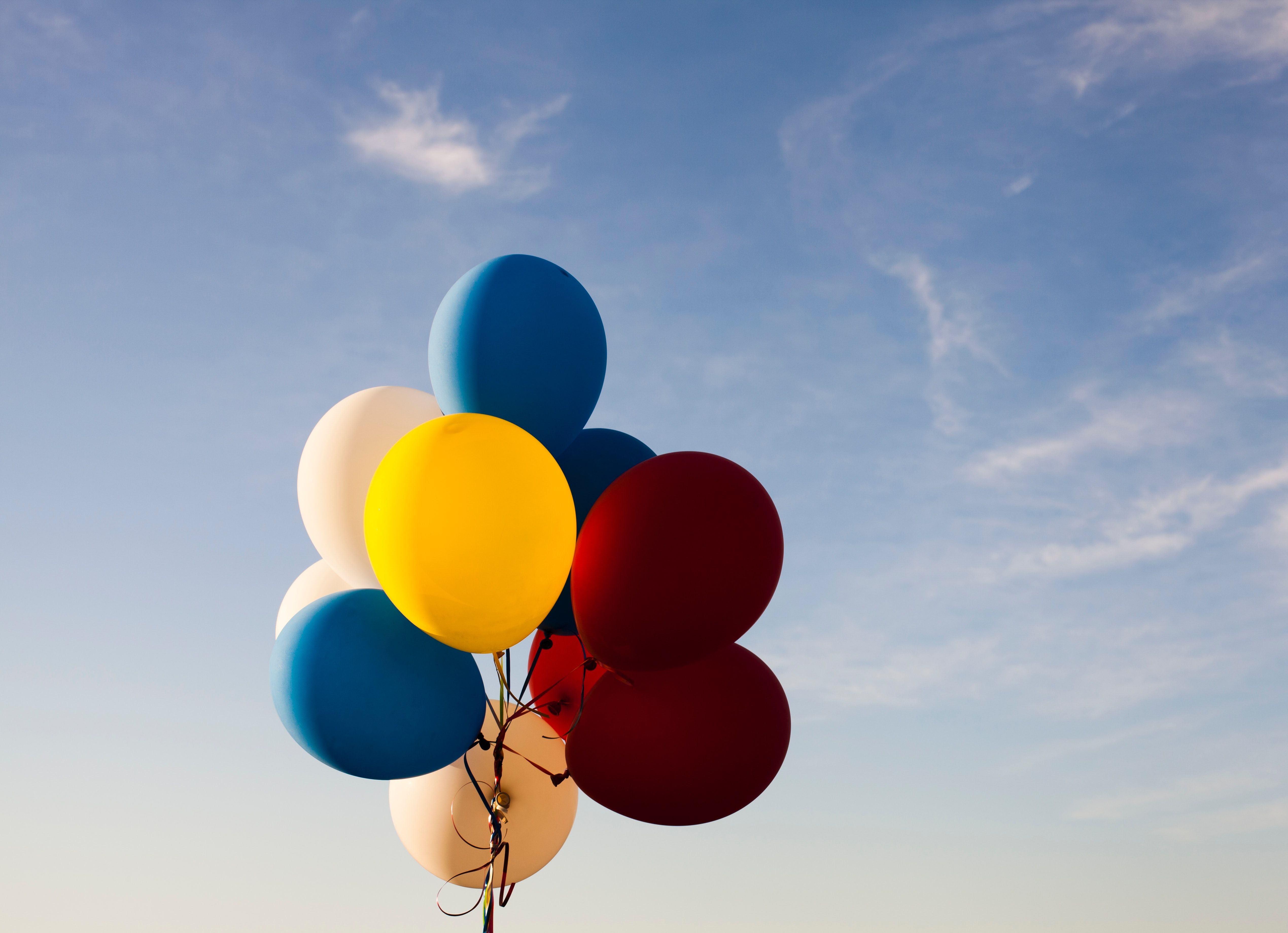 For as long as men have existed, they have dreamed of flying. Images of men with wings decorate our oldest and most sacred institutions, Leonoardo Da Vinci famously designed a flying machine, and modern man travels the sky in airplanes without hesitation, never stopping to marvel at the wondrous machines that propel him through the air.

And also, one time a guy named Larry strapped a bunch of balloons to a chair to see if that would work too.

Larry Walters was a man who could be described as a "person" who "maintained a pulse and a reasonable body temperature." As a child, Larry dreamed of becoming a pilot. His eyes, unfortunately, did not share this dream and his less-than-perfect vision resulted in an early disqualification from any form of piloting. As an adult, he instead found solid work as a truck driver, and by all accounts a perfectly functional one. But let it never be said of Larry that he gave up his dreams, because his thirst for flight remained as strong as his utter lack of qualification to realize it.

If you're here looking for a story about a visionary whose ideas were panned by his contemporaries but who was eventually vindicated in the history books, keep reading....if only because you need to understand that most ideas that sound earth-shatteringly stupid really are just stupid ideas.

The idea in this case had actually occurred to an adolescent Larry one day when he was absent-mindedly staring at the ceiling of a military surplus shop (you know, as one does). The shop was displaying a number of weather balloons for sale, and while 13-year-old Larry wasn't strapped enough to make the purchase right then, he filed the idea away in the corner of his mind for the next 20 years.

Finally, the dam of common sense could hold back the waters of Larry no more, and at age 33 he resolved to make his flying dream a reality. He and his girlfriend (about whom we will be making no assumptions of any kind) gathered the necessary supplies: a lawn chair, a number of water jugs to use as ballasts, a length of rope, some beer and sandwiches, a gun, a CB radio, and 45 8-foot weather balloons which were purchased under a forged requisition order that mentioned filming something for a television commercial. Classic.

Fun fact about balloons: they don't come with a steering wheel.

Notable among the events related in the surprisingly high-quality recording is the realization that Larry, whose skyward journey was estimated at roughly 1000 feet per minute, was fast approaching the territory reserved for a brand-new kind of machine: the airplane. The ground crew (read: Larry's girlfriend and a couple of buddies) noted via radio that while they could no longer see Larry, they could hear airplanes, with which they were apparently familiar enough to understand why that wasn't good thing - even if it was the first time it had occurred to any of them. Larry, in his infinite wisdom, had decided to launch his homemade deathtrap in Los Angeles county, home of LAX - one of the busiest airports on the planet. From 16,000 feet, a TWA pilot radioed a bewildered call to the ground about a man in a lawn chair tied to a bunch of balloons, and the Federal Aviation Administration (presumably after asking the pilot to repeat himself several times) notified the police.

As if that weren't enough, further conversation between Larry and the ground crew (read: Larry's girlfriend and a couple of buddies) led them to a second realization: the ocean exists. Larry, the visionary, had launched his homemade deathtrap in Los Angeles county, home of the last land before the Pacific ocean. Some scholars may question the wisdom of attempting a flight in a "flying machine" which cannot be steered or otherwise controlled between a busy airport and the world's largest ocean, but not Larry....for a few minutes, and then he joined the rest of the world (and his ground crew) in their skepticism and made for the ground.

Larry was nothing if not prepared, and he had a plan in place for initiating his descent: he had, after all, packed a gun. He began shooting at the balloons which were carrying him skyward, managing to pop a handful of them before accidentally dropping the gun. Relying from that point on nothing but prayer, luck, and beer, Larry slowly descended....toward Los Angeles County, which is one of the more densely-populated spaces on earth. Concerns over where to land not being particularly relevant to a man who could neither steer nor control his descent in any way, Larry simply held on and waited to find out whether he'd live.

After 45 minutes in the air, Larry landed in Long Beach, California....and by "landed", we definitely mean "crashed into some power lines". Amazingly, he was uninjured in the crash and managed to scramble down from the power lines, where he was immediately arrested.

Interestingly, despite the blatant stupidity of the whole affair, actually charging Larry with a crime proved to be a difficult task. He didn't have a pilot's license, so there was nothing to suspend and he hadn't knowingly violated any laws because he had never bothered to learn what those might be, and because aviation law simply wasn't written with anything quite that ridiculous in mind. Finally the prosecutors, determined at that point to punish Larry for literally anything, charged him with "operating an aircraft within an airport traffic area without establishing and maintaining two-way communication with the control tower", for which he was fined $4,000. Larry appealed the fine, which was lowered to $1500. The chair was given to some random local neighbor kid, Larry enjoyed about six days of infamy, and the ridiculous adventure has since spawned a number of copycat performances, many of which have resulted in fatalities.